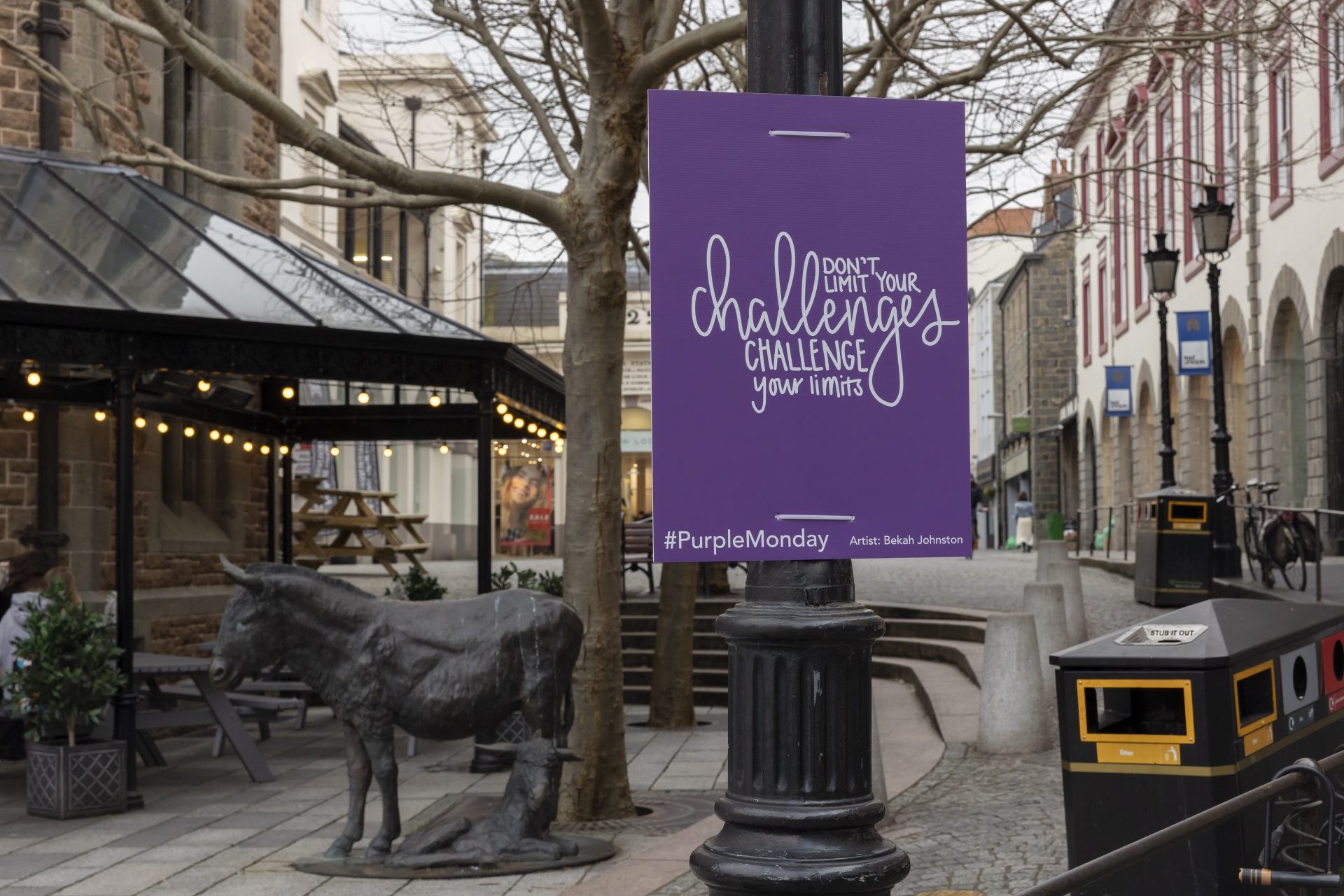 Challenge
A strong community spirit developed during lockdown in Spring 2020 under the banner #GuernseyTogether, a message championed by the States of Guernsey. In January 2021 positivity was waning, with the UK plunged into second and third full lockdowns and no sign of when Guernsey would lift its strict border restrictions. Findings from the Bailiwick Community Survey in August 2020 found that COVID-19 and lockdown had had a significant impact on wellbeing.

Orchard approached the bank Skipton International with a wellbeing-focused campaign to foster positivity.

Objectives:
• Create a campaign to positively impact the community’s wellbeing, dispelling the stigma of mental health issues and positioning Skipton International as a wellbeing champion
• Create a PR campaign (to be revisited annually) to align with Skipton International’s iconic purple brand, creating more opportunities for islanders to see a recent rebrand
• Create a story of interest to the news media, at a time when there are few major news announcements
• Create a sense of community and togetherness via inspirational messages, at a time when a limit remained on mass community events

Approach
The media annually talk about Blue Monday (18th January, in 2021) as the most depressing day of the year – due to the winter weather, limited sunlight, post-Christmas fatigue and credit card bills arriving – so this was our ‘hook’ to interest the media in a campaign. The idea was to reach islanders across a 24-hour period, via numerous direct touchpoints, by placing temporary inspirational signage around high-footfall areas of Guernsey’s capital, St Peter Port, and the rest of the island.

The campaign would use Skipton’s brand colours to bring warmth to Blue Monday and rebrand it to Purple Monday. Skipton would reveal they are behind the stunt via an embargoed press release to the Guernsey media, and social media content.

Approaching two established artists, we created 10 designs featuring inspirational quotes for the posters and researched and obtained permission for signage to appear in 36 locations.

Working closely with Guernsey Mind ratified the campaign, and ensured the signage contained appropriate and inclusive messaging. Skipton International provided a donation to the charity.