Case study – Hopping away with the headlines 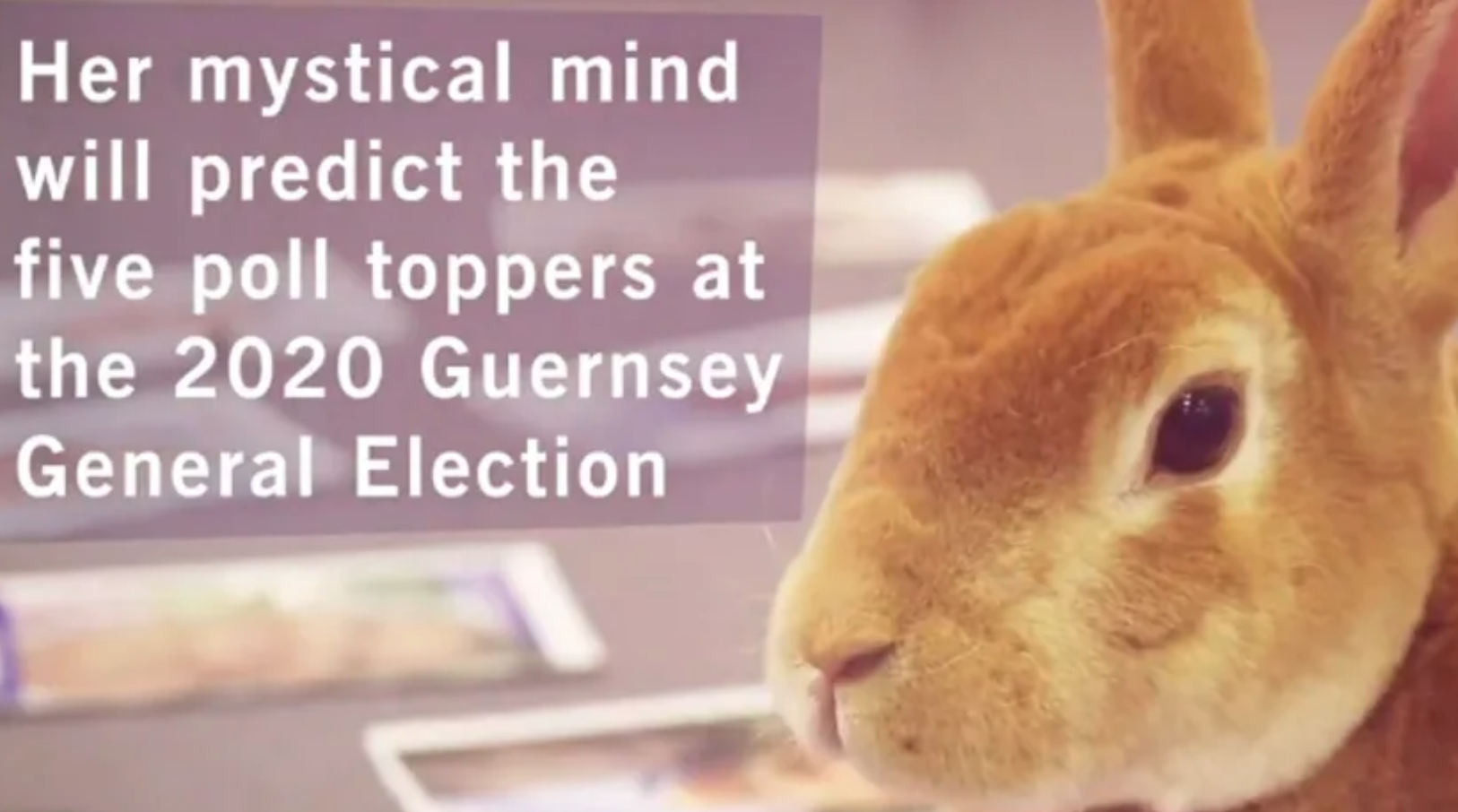 In October, Guernsey was gripped by election fever. With the count due to take more than a day and the media facing the unenviable task of filling that airtime, we challenged ourselves to help them out by creating a fun campaign that would deliver real impact.

A unique problem meant a creative solution was needed. In the week preceding the election our team conducted a ‘100 ideas in 10 minutes’ brainstorm – and agreed on a feature with a pet picking out the election poll toppers.

But, a campaign like this is nothing without having real world impact. We knew the team at the Guernsey Society for the Prevention of Cruelty to Animals (GSPCA) spend their days hard at work caring for hundreds of animals in need of loving homes. Due to Covid-19, the not-for-profit was facing a backlog of bunnies looking for a forever home.

So we seized the opportunity to create a viral video campaign featuring one of GSPCA’s rabbits (Dandelion) picking her five poll-topping deputies.

This creative approach made the campaign a hit. And it also tugged on heartstrings using an adorable bunny!

Dandelion the rabbit hopped her way to predicting the Guernsey election candidates.

She stopped on the faces of those she thought would be victorious- but, was she right? 🐰https://t.co/PuiuRA37NA

Most notably, and importantly, five GSPCA rabbits were adopted within the space of a week.

Our campaign even caught the attention of PRmoment and featured on its ‘good’ PR list alongside well-known brands such as Gymshark and Asda.