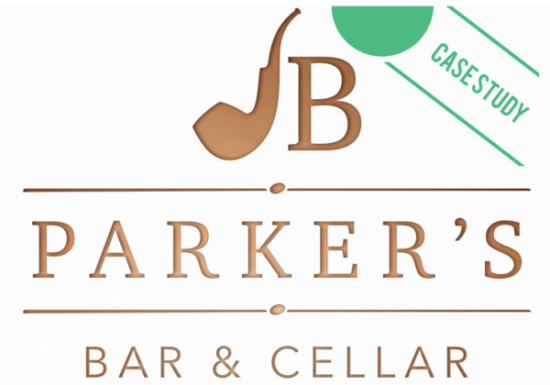 The team at Moores Best Western Hotel had invested £1 million transforming the hotel’s bar into JB Parker’s Bar and Cellar. Now they were ready to throw open the doors to welcome islanders to the space, complete with a rediscovered wine cellar, charcoa and fresh menu. How could Orchard PR’s team find an innovative way to tell the JB story to a wide ranging audience, including consumers, business press and UK hospitality trade press?

The story of JB Parker’s is rooted in its heritage, as it is named after the founder of Sarnia Hotels Group who first leased Moores Hotel in the 1950s. His granddaughter runs the group and our team identified that this heritage would be key in telling the story of JB’s to islanders and beyond.

Having been known under a different name for 27 years, it was important to establish the new moniker in the minds of islanders. Our idea offered a gift to all islanders with the initials ‘JB’. The first 100 aged over 18 to visit JB Parker’s would receive £10 loaded onto a card to spend at the wine dispenser. We chose Island FM’s high-profile Breakfast Show presenter James Bentley as the campaign figurehead.

Alongside this activity, we prepared media materials highlighting the £1 million investment story to Channel Island business media and UK hospitality trade press, accompanied by imagery of key staff and the interior of JB Parker’s. A video highlighting the new establishment was filmed and edited by our team, and has received 3,000 views and 50 shares on Facebook and more than 350 views on Instagram.

An introduction to JB Parker’s. We look forward to seeing you there soon.