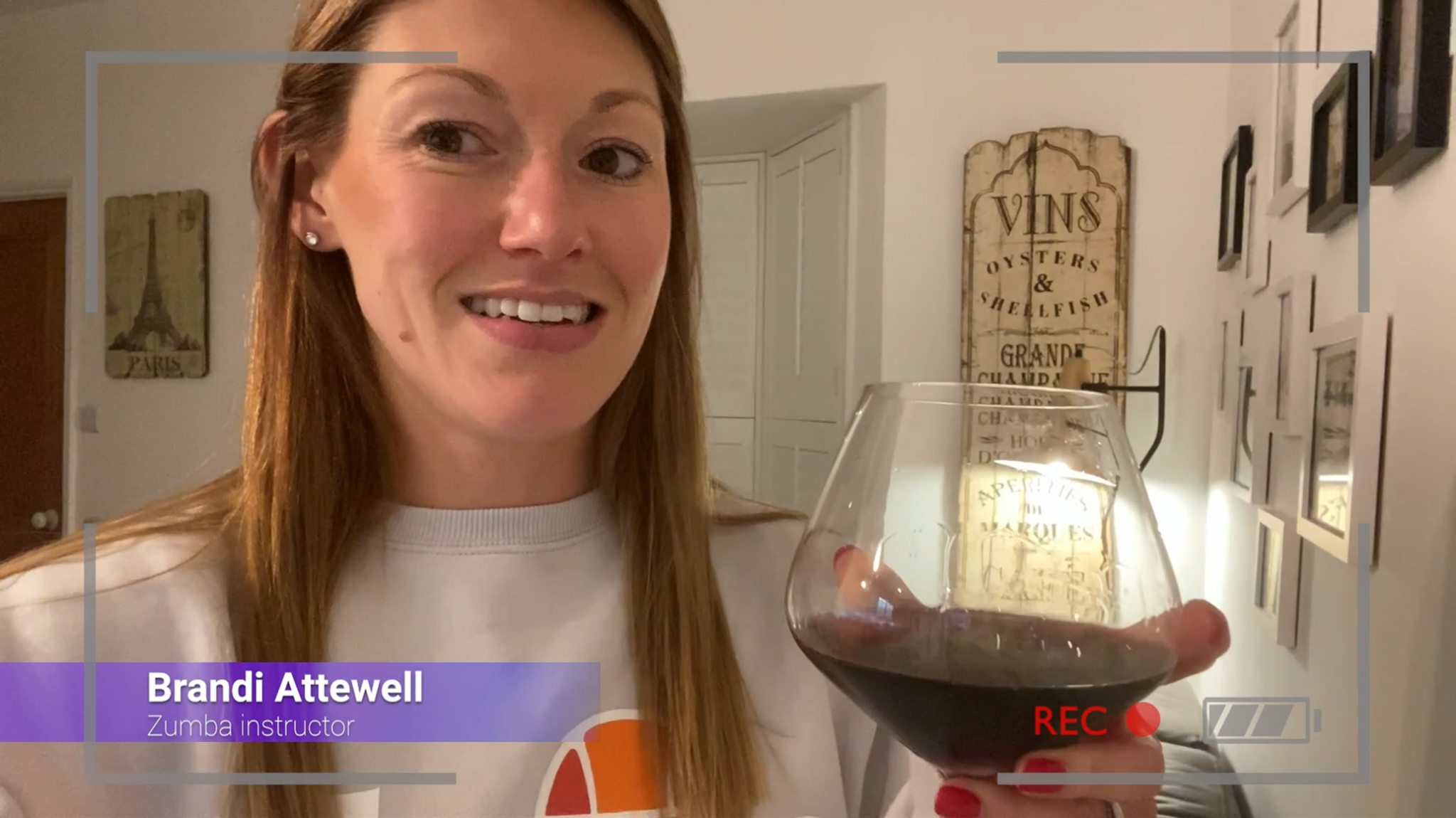 The results of the 2018 Guernsey and Alderney wellbeing survey showed that 24% of the adult public in the islands was drinking more than 14 units a week, which is the recommended amount according to current drinking guidelines.

With the goal of reducing this percentage, the Health Improvement Commission tasked Orchard with bringing ‘Count 14’, a campaign launched by NHS Scotland in 2019 that is aimed at raising awareness of the recommended drinking guidelines, to Guernsey, with the aim of convincing islanders to pay more attention to how much alcohol they were drinking each week and to reduce the number of drinkers in ‘at-risk’ groups.

We challenged ourselves to create engaging and memorable ideas that would make an impact. We attended a session by the Health Improvement Commission on the ‘frameworks of behavioural change’ so that we could design the campaign to target evidence-based COM-B factors (giving people the capability, opportunity and motivation to change their behaviour). First, we carried out an online survey for the Commission, which received almost 400 local responses. The survey showed that even though 91% of respondents knew there is a drinking guideline, 86% didn’t know what it is. There was also a misconception that the guideline differs for men and women. 78% were unaware that the recommended 14 units per week is the same for men and women.

In order to engage the public in a subject that can be both sensitive and stigmatised we needed a relatable concept that islanders could identify with. It was also important to create a social norm around considering your own intake so people feel more open and comfortable with the conversation. The team created the ‘Count 14 Challenge’ which would see a number of local ‘familiar faces’ take part in a two-week challenge where they monitor a normal week of drinking in week one, and then in week two, try to stick to the low-risk drinking guidelines (14 units spread out over three or more days a week).

As part of the challenge, the nine ‘familiar faces’ vlogged about how they were getting on each day in week two. This allowed their challenge attempt and thoughts to be documented for the public to view.

We provided resources to document how many units they were drinking, including a Count 14 measuring cup and unit calculator, and a drink diary. We also provided a vlogging guidance video to demonstrate how to record their vlogs. We asked that in the participants’ vlogs, they talk openly and honestly about what they thought of the resources, the guidelines, and how challenging it is to stick to them. This ensured the video and campaign message was communicated authentically and gave an unbiased, non-judgemental and balanced tone of voice.

After the two-week challenge was complete, the familiar faces sent us their vlogs. Our digital content team then created a campaign video incorporating short clips from each participant.

The video was then posted on the Health Improvement Commission’s social media platforms (Facebook and Twitter) and a news release was issued to the media about the challenge. We encouraged all the participants to also share the video on their social media platforms to help it reach more islanders and different demographics that might otherwise have not seen it.

Across the Health Improvement Commission’s social media platforms the video received 5106 views, a reach of 9,300 and 102 engagements. In the media the coverage reached more than 42,000. The Commissions online survey on islanders’ awareness of the guidelines can be repeated in 2021 to assess any positive impact from the campaign. The island’s drinking patterns will also be remeasured in the 2023 Guernsey and Alderney wellbeing survey, where we will be able to see the impact of this and future campaigns on drinking habits. 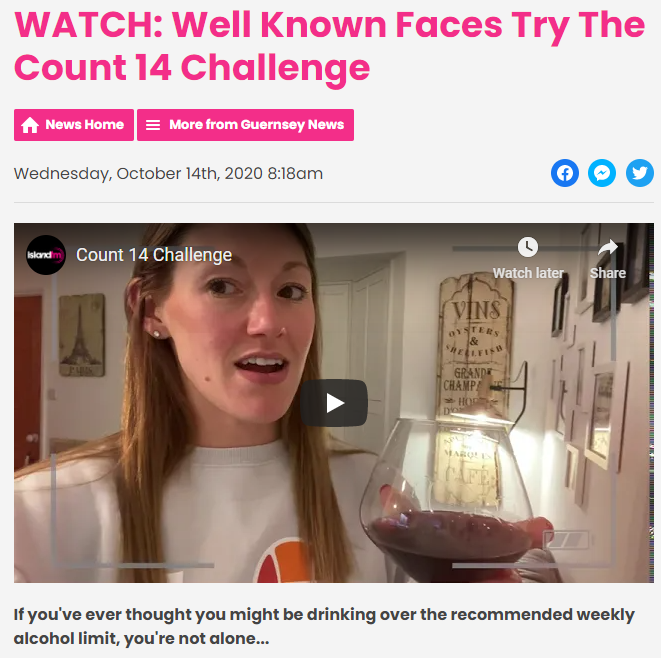 Watch the video below to find out how Orchard made a big impact on the Count 14 campaign.