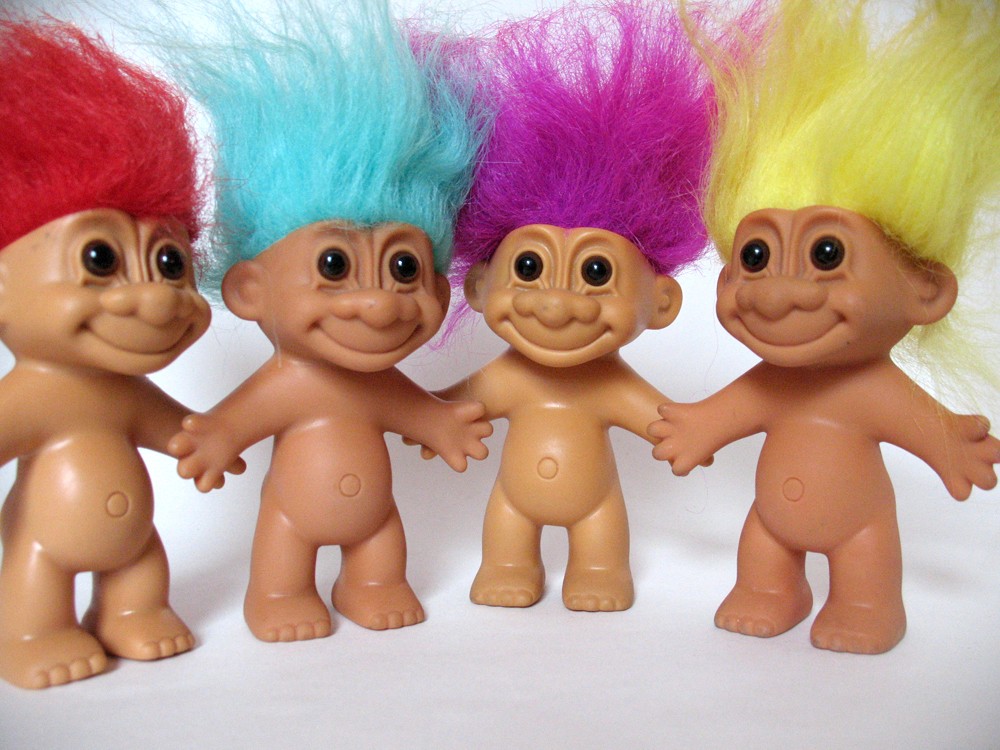 When I think of a troll I think of the cute collectable ones from the 1990’s TV shows or the scary ones from fairy tales that usually live under a bridge and brandish a club. Recently the media has highlighted a new kind of a troll; a kind that’s terrorising social media, causing havoc for users and creating a PR and marketing nightmare for the brands that use the same websites to communicate with consumers.

The urban dictionary describes a troll as someone who posts a deliberately provocative message to a newsgroup or message board with the intention of causing maximum disruption and argument.

This kind of behaviour makes many corporates wary of engaging with social media and indeed a recent study conducted at Northwestern University in the US found that social media could be damaging for many brands.

Context is key and association with offensive and insulting messaging can be detrimental causing brands to withdraw from marketing activity. For example, in August, major UK brands including BT and Vodafone pulled their advertising from the social media website Ask FM after cases of cyber-bullying tragically led to a number of teenagers taking their own lives.

Has the freedom of speech and independence that came with the birth of the internet taken a dark turn? What can companies, who want to communicate via social media, do to restore the balance?

“As trolls have run amok, and the balance between free speech and exploitation becomes less easy to achieve, the appeal of these platforms (Facebook and Twitter) is diminishing for some,” says David Benady in Marketing Magazine.

So should brands wanting to act, and be seen acting, ethically stop using social media to promote their products and services altogether or do the social media websites need to be accountable and ensure this type of content is not posted on their sites?

“We can do more as a society to help nip the problem in the bud by supporting those who speak out and by teaching our kids that freedom comes with responsibilities. Trolling is forcing us to shape a moral compass that includes the online environment, “said Jason Goodman in his recent article published in Campaign.

Many think the internet is just ‘too big’ to properly police but some brands are deliberately supporting those social media platforms that are suitably accountable and boycotting those that are not. Campaigns that support individuals that stand-up against the trolls could also make a big difference.

Brands can play an important role in the fight against online trolls. This campaign in the US from Green Giant looks to identify the brand with those who stand up to bullies. Thinking about how to be positive, using online campaigns to foster constructive behaviour and reducing the opportunities for trolls or bullies to abuse others anonymously will help to improve the online experience for the public and garner positive sentiment about the brand itself.