Girls stick their oar in 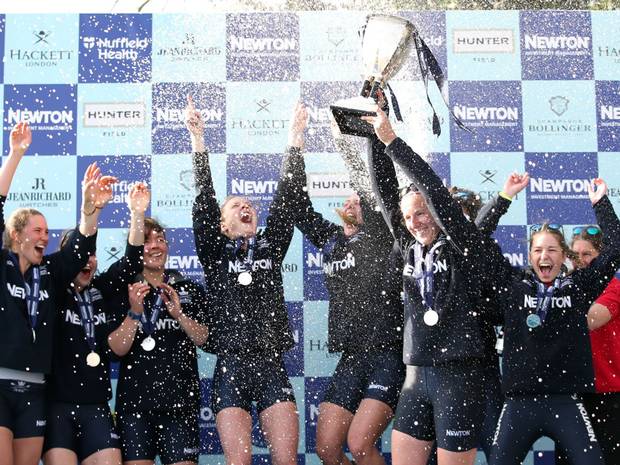 The annual Oxford and Cambridge boat races took place last Saturday and, along with settling an old sporting rivalry for another year, brought up the thorny issue of media coverage for men’s and women’s sport.

This year Oxford took both the men’s and women’s titles and many looked on from the banks of Thames, pint in hand, enjoying the race and the warm spring weather we are having.

It was a particularly special day for the women’s crews – scheduled on the same day as the men’s race and shown on TV for the first time in its 70 year history. One person who made it clear how big a deal this is was Clare Balding: the BBC sports presenter, well known for her love of horse racing and outspoken views on the treatment of women in sport, chose not to present the BBC’s Grand National coverage this year but instead presented the first ever women’s boat race coverage.

What made this all possible was the intervention of a corporate sponsor.

Newton, a UK subsidiary of Investment Company BNY Mellon (who sponsor the men’s race), took on the sponsorship under the strict agreement that the organisers would ensure the women’s race was shown on mainstream TV alongside the men’s event. In setting this clear objective, and providing the funding to ensure it was met, the sponsor’s actions have helped to improve the event and given it the high profile that it deserves. No surprise then that Newton is headed up by a powerful woman. Helena Morrissey, the chief executive who is also the founder of the 30 per cent Club, which aims to encourage FTSE boards to recruit 30 per cent female members, was quoted on the Telegraph.co.uk last month as being ‘very bad at the steering’ when she was a cox at Fitzwilliam College Cambridge – something many will now gloss over given her somewhat larger contribution to a sport she is clearly still passionate about.

And it seems it’s not just female rowing that is having its time in the sun. Sport England launched ‘This Girl Can’, a national campaign to celebrate active women everywhere which is having great traction on social media channels.

Guernsey isn’t being left behind – despite the fact that I’ve heard grumbles in the past that the local media doesn’t give the same amount of coverage to the local lasses as the lads. The Guernsey Sports Commission has followed Sport England’s lead and launched the #guernseygirlscan campaign to inspire local ladies to get out there and do more sport.

So should corporate businesses act more like Newton and support women’s sport to grow and develop? Or do they lack the courage to look long term and invest in sporting events that don’t (currently) get the same media profile as those where men compete? Maybe it shouldn’t matter which gender is taking part in the sport – its 2015, if it’s interesting and newsworthy we should expect equal media coverage.

All this is making me hungry for some exercise endorphins – and if it wasn’t for my impending maternity leave I would get out there and go for a run!