How Social is your CEO? 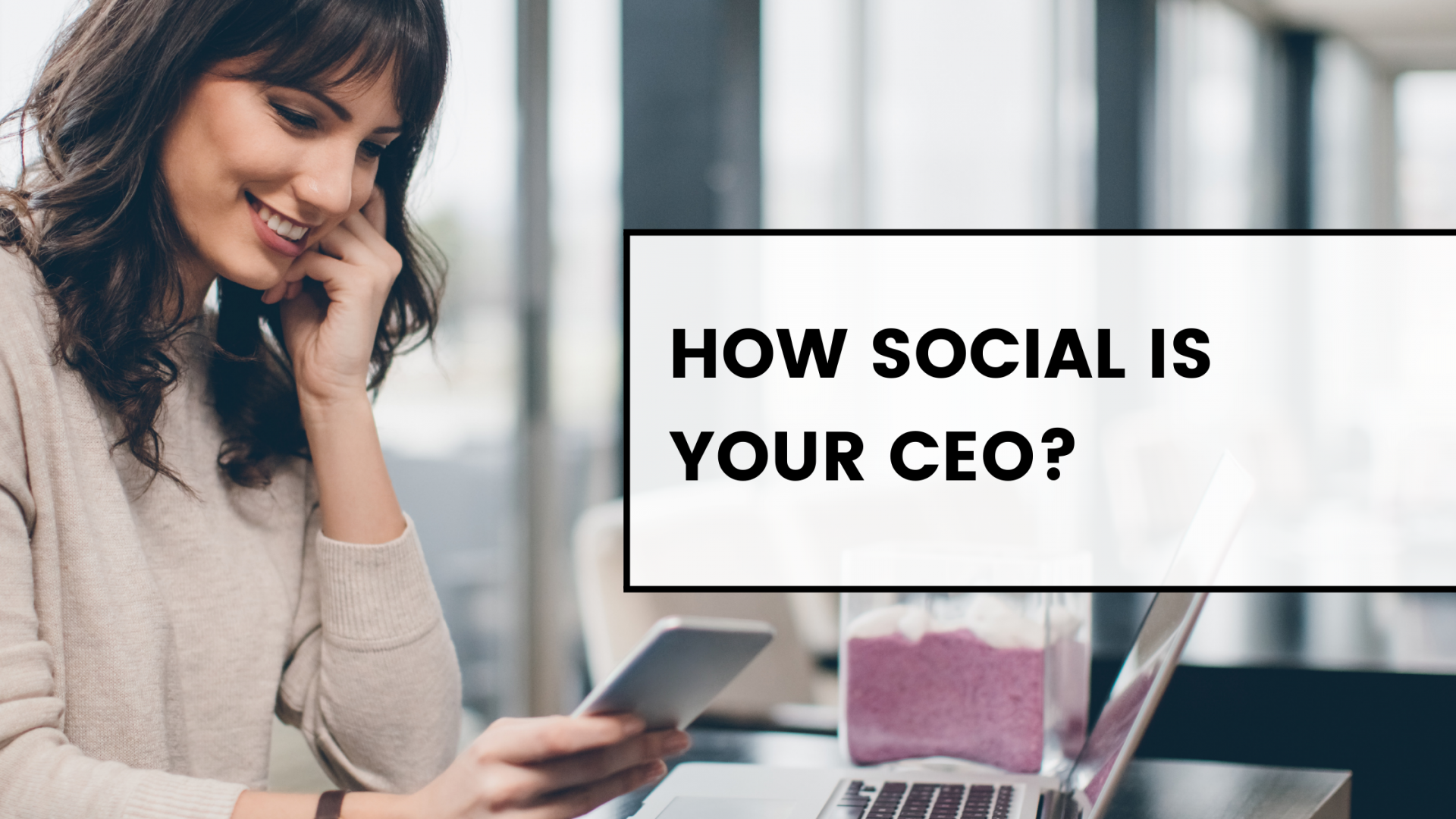 Digital leadership can have a huge impact in terms of building trust, deepening relationships and building business value, but did you know that it can also be a powerful recruitment and retention tool?

Nowadays, we not only want to hear from the CEOs of our favourite brands, we expect to. Nearly two thirds of employees believe it’s critical for their CEO to speak out on issues of the day, from political events to the future of work.

In fact, employees overwhelmingly prefer working for business leaders who are active on social media, according to a survey of 3,600 employees by Brunswick Group, an advisory firm. Executives who are vocal online are seen as more transparent and accessible, a perception that is crucial for retention and recruitment. Eighty-one percent believe that socially active CEOs are better equipped to lead, with a similar number saying they’d rather work for a CEO who engages with people on social media.

Having a platform is one thing, but going above and beyond to use that platform to share ideas and drive change is what makes a strong digital leader.

CEO of PayPal, Dan Schulman has invested in social media to inform, engage and influence, using his platforms to authentically connect with employees and customers. From posts that highlight PayPal’s ESG priorities to taking action for racial equality and social injustice, he leverages social media to reach PayPal’s mission and most importantly, follows it up with action.

For many businesses, the idea of putting their CEO on social media, and ‘on the front line’ can be intimidating. There’s often concern that a tweet or comment could be misconstrued and detrimental to the brand. However, the data shows that not having leadership on social media is actually more harmful to the business and the brand.

In fact, it encourages transparency and builds credibility, giving leaders the opportunity to learn how both they and their brand are viewed, what issues need to be addressed, and how they can improve. It also increases consumer trust, which is vital to a company’s success. Simply being present on LinkedIn or Twitter has its benefits, as evidenced by a Hootsuite report that states leaders on social media are ‘perceived 23% more positively than companies without.’ Even if your CEO’s posts aren’t getting a lot of shares and comments, they’re still making an impact by just being present on social media and when leadership sound like their authentic selves, it creates more empathy for both them and the brand they represent.

It is important for CEOs to establish recognition and give employees, prospective customers and interested parties, plenty of opportunities to engage with them. This requires a habit of consistent posting. For busy leaders this might be somewhat challenging, but that commitment is key.

So too is authenticity. People follow leaders on social media to get insights they can’t get elsewhere. They want to see personality, vulnerability, empathy, and transparency. In other words, they want to connect with a real human — not a corporate bot. CEOs should write posts in their own voice, share their thoughts and experiences, and mix in a bit of personal content.

But for most executives, growing an active, engaged social audience doesn’t happen overnight. It requires finding a consistent posting schedule and sticking with it, even when there are back-to-back meetings and reports to attend to. That’s where the social team at Orchard PR can help. We work with CEOs and their leadership teams to develop insightful, relevant content that they can share on their own channels, as well as developing content strategies for social and advising on the best channels to reach your target audience.