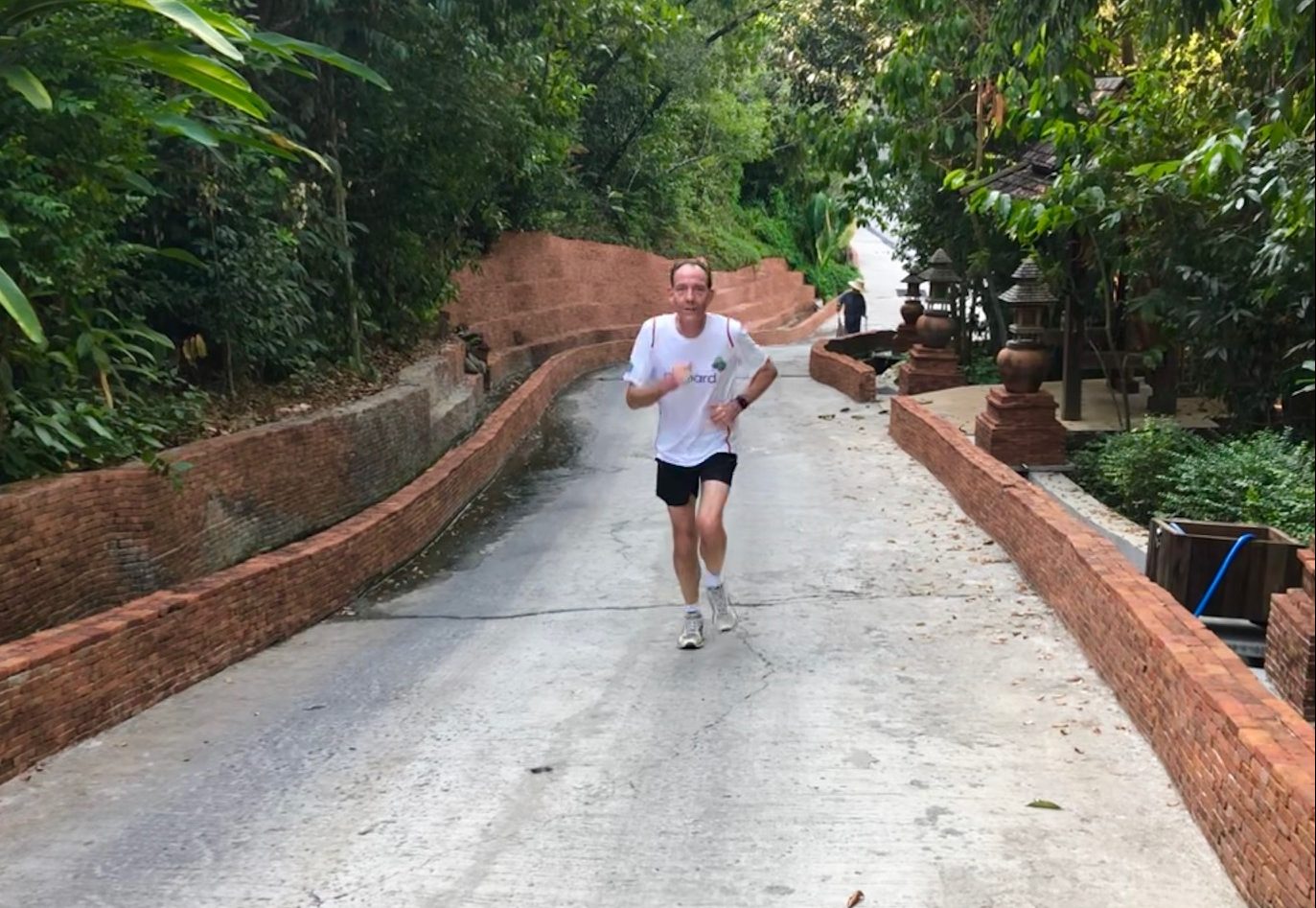 I’ll never run a marathon, I often used to say.

Having conquered a fair few half marathons it just seemed too much of a step up, especially considering I was in my late 50s. I can’t remember why I changed my mind but the nagging prospect of running the London Marathon for Diabetes UK, given that I’m an insulin-dependent diabetic, just wouldn’t go away.

Also, the successful MBO of Orchard PR and my reduced working hours allowed me the time to give it my best shot. So it was in the summer of 2018 that I found myself successfully applying for a charity place.

My training in earnest began in September and I soon discovered that there’s more than enough advice available online for a first time marathon runner – some of it helpful! I ended up taking pieces of inspiration from various sources and compiling my own training plan. Most of my training has been on my own but the few times I’ve been out with an informal running group really boosted my confidence and gave me the extra push I needed to complete longer runs.

If it’s a hot ⁦@LondonMarathon⁩ in April I’ll be ready for it after this morning’s early morning session ⁦@Santhiyaresort⁩ #runningcommentary pic.twitter.com/W5KKbBSszQ

Another great help was strengthening my core through the Pilates for Runners classes that I’ve been attending with Katy Lowe. Having suffered various running injuries over the years I have remained injury-free throughout my six months’ training. A major milestone was when I first exceeded half marathon distance – the furthest I’d ever run and I have since followed this up with 15, 16, 18 and 20 mile runs. They were supposed to be long, slow, runs but this has been a challenge.

Need to calm down a bit @DiabetesUK! Today’s taper run was supposed to be 5 miles at Marathon pace. Only went and did this! #runningcommentary pic.twitter.com/tAFAhK7gZu

At the time of writing I’m tapering in the final days leading up to the big day and it still feels very counter-intuitive to run slower than usual. The other main feature of my training has been managing my blood sugar which is tough enough day-to-day let alone when running long distance. I’ve never liked carrying so much as a bottle of water while running but I soon realised that I would need to carry various pieces of kit and plenty of sugar supplies if I’m to succeed. On the day I’ll be wearing a bum bag and and a flip belt containing my insulin pump control unit, my blood glucose monitor scanner and my iPhone.

I admit I’ve become something of a running bore and there is certainly something addictive about running at this level. It requires focus, determination and an unwavering dedication to achieve progress. I’ve been told that the atmosphere of the London Marathon will push me through those 26.2 miles and, however long it takes me, it will be so worth it as my generous sponsors have contributed to the work of Diabetes UK.

As for afterwards, I don’t intend to stop running but I’ll never run (another) marathon!