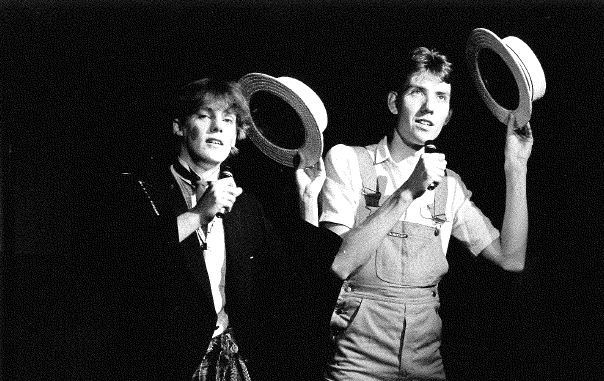 18th birthdays. Is there any milestone more important than 18? To mark Orchard’s passage to maturity (!) we decided to collect some very special photos for our blog – to show you what the Orchard team looked like at 18…

Starting, of course, with our illustrious leader Steve, who assures us that straw boaters were ‘on trend’ in 1978.

Mine next. Taken on someone else’s birthday, but you get the idea.

Katie celebrated with champagne, and was awarded a medal by her dad for ‘reaching 18’! Sarah seemed to have a relatively normal night down the pub. She was allowed to after all!

Brooke on her birthday. I think the display behind is all the shots she drank.

Chloe said: “my 18th birthday was a few months ago, so not much has changed”. Yes, thanks for that Chloe. Dan didn’t even have a beard when he was 18.

John was obviously very angry about having to grow up. Emma used to be a couch. Haircut is still much the same though! Lois claims to not have very many photos from 1985, but miraculously found this one where she looks very chic.

Di is on holiday so has escaped, this time, while Harriet is pretending she couldn’t find a picture…

Got a photo of what you looked like when you were 18? Post a link in the comments – we’d love to see them!