Out with the new, and in the with the old as Love Island ditches fast fashion 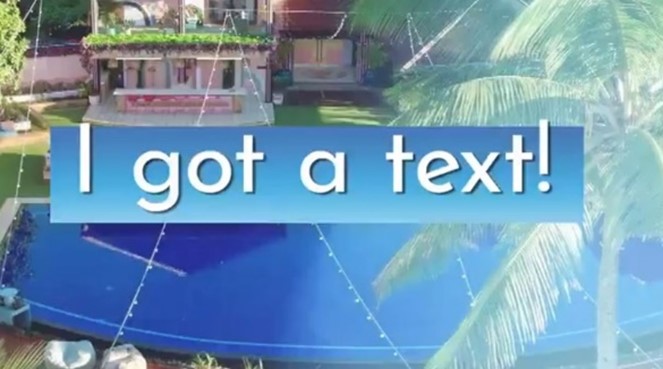 Kita Smith and Amber Mauger, both our Junior Account Executives, examine the benefits of ditching fast fashion and why this is a good PR move for the reality TV programme Love Island.

Love Island’s head has been turned and has now recoupled with eBay.

Ditching fast fashion has created an interesting new narrative for Love Island, it is a tactic which we’ve not seen from any reality TV programme of this size and scale. Love Island is a market leader in the reality TV industry and has a huge power over people’s fashion choices and conversations through word of mouth – an influential marketing method.

When June rolls around, for some, that means it’s officially Love Island season, it can sometimes feel as though it takes over the summer and that it is the only thing (some!) people talk about. This sponsorship deal is genius and will be hugely influential (remember that a reported 3 million people tuned in last year), impacting viewers’ consumerism and the way they view the clothes they wear. Our take is that viewers are going to appreciate Love Island taking a step in the right direction escaping the trap of fast fashion, we believe it will help increase viewers and the show’s popularity even further. It will be beneficial for Love Island to be taking a positive step forward as in previous years, the programme has suffered with negative media coverage regarding the mental health impacts that contestants have dealt with after appearing on the show.

Guernsey’s connection to the popular show

This year, for the first time since the show began in 2015, we have a contestant from Guernsey appearing on the popular summer watch. This connection to Guernsey is very beneficial, as viewers are interested in learning about where the contestants came from to form more of a connection to the people they’re watching for the next ten weeks. Hopefully this will spark some interest in our beautiful little island.

So, will this genius move make clothes more desirable?

Previously, ‘I Saw It First’ sponsored the show. As soon as a viewer saw an item which a contestant was wearing which appealed to them it would have been as easy as a click of a button to purchase it. This year, viewers will be able to access a “shop the show” tab via the Love Island app or eBay website where they can buy similar items to those seen on screen. This means viewers will still be available to create their own duplicate looks, however they will purchase them in a more sustainable way. Clever. Through technology Love Island is directly encouraging its viewers to purchase the preloved desired look, instead of buying the same exact outfit. But will this help people to view their clothes in a less disposable way and recognise the effects which unsustainability can have?

Generation Z (that’s us!)  have grown up in a world full of influencers on different social media platforms. Love Island’s built its show and culture on contestants gaining influencer status, and then obtaining a brand deal afterwards with a fast-fashion clothing chain such as ‘Pretty Little Thing’ or ‘I Saw It First’. For months we follow these contestants and fall in love with their style because of the clothing they obtain from the sponsor; but with eBay as the new sponsor, could this be the end of these selected singletons gaining brand deals after the show as we know it? Will the contestants stick to promoting pre-loved clothing after the show, or fall back into the trap of fast fashion? Will the previous sponsors be mugged off, or will they keep their options open? Will promoting second-hand fashion on a show watched by over 3 million people create a global movement leading people to stop buying fast fashion?

Previously, islanders would wear an outfit once and dispose of it, with new bags of clothes entering the villa every three days. Will people now begin to sell their items on eBay knowing that their old, pre-loved clothes could feature on the next season of Love Island? Our guess is that viewers will be encouraged to sell their own pre-loved items and purchase second-hand goods from Love Island’s ‘shop the look’ tab.

The Times recently wrote: ‘Chinese fast-fashion giant Shein was recently valued at $100 billion and has had accusations of overconsumption and exploitation in the supply chain, as was the case for UK retailer Boohoo in 2020’. Will this huge influential shift to second-hand clothing impact all consumers’ sustainability and make them reluctant to continue purchasing from big-label names like Shein and Boohoo?

To reflect from a PR perspective, this change of sponsor is intellectual as it is paving the way for more conscious choices to be made in a world engrossed in the fast-fashion culture.  No matter what happens on the series, it’s got people talking and we hope it will create a positive impact and influence on audiences to reconsider their choices and create a change of direction for clothing sponsors and brand deals going forward.