The Only Way is Ethics… 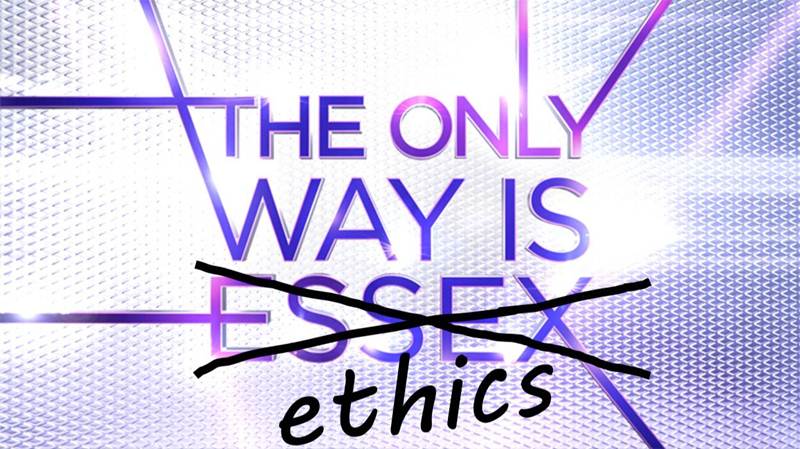 Yes, you did read that right…ethics…not Essex! The only way public relations is going to improve its reputation and be considered as a fully-fledged profession is through improving the ethical standards in the industry; something which has nothing to do with fake tans and going for a cocktail at the Sugar Hut…

The reputation and practice of PR is often discussed negatively in the media and is often referred to as ‘spin’ because of a lack of understanding of what we actually do and this doesn’t do the industry any favours.

The nature of PR work can mean making ethical decisions is difficult as PR professionals have the added dilemma of making decisions that satisfy a number of different stakeholders including their client, their employer, the public, the media and any professional organisation they belong to.  The UK PR professional bodies, the Chartered Institute of Public Relations (CIPR) and Public Relations Consultants Association (PRCA) both have codes of conduct which members should follow. These codes do play an important part in improving the reputation and ethical standards of the industry however, there is only so much a voluntary code of conduct can do especially when less than a third of those practicing public relations in the UK are members of a PR professional body, so the majority are not held to account by professional bodies. Also, the fact that the codes are difficult to enforce does not help.

Here at Orchard PR, we are all members of the Chartered Institute of Public Relations and a number of us are currently undertaking qualifications through the institute to improve our knowledge and professional development.  I’ve just completed the CIPR Diploma and for my final project I investigated whether public relations professional bodies’ codes of conduct are encouraging ethical practice, improving reputation and professionalism of the PR industry.

As part of this project I interviewed Phil Morgan, the Policy and Communications Director for the CIPR and Francis Ingham the Chief Executive of the PRCA. They highlighted a number of important factors in improving the ethical practice, reputation and professionalism of the industry including education of practitioners and the public and observance and compliance of the codes of conduct.

Professional development is important, but ultimately the PR industry really needs to do a better job at ‘PR-ing’ itself. It’s said time and time again; the industry is misunderstood by the general public, the media and sometimes even by the businesses that undertake public relations activity regularly. Negative and un-ethical public relations practices make the headlines and the more normal positive and completely ethical communications work that the industry undertakes is overshadowed. The majority of public relations practitioners are professional, completely ethical and may I add ‘totally reem’ people who work hard to ensure their clients’ reputation is well looked after and mutual understanding is achieved between their clients and its publics. Hopefully we are well on the way to improving awareness of ethical standards and in turn the reputation of the industry as a profession.